Could you be one of LRALC's next Company Directors?

Together at Christmas - Local Champion Rewarded

The 2011 Localism Act has given communities the right to draw up a Neighbourhood Plan. This right is aimed at giving local communities genuine opportunities to influence the future of the places where they live. Decisions on planning applications must take account of neighbourhood plans. 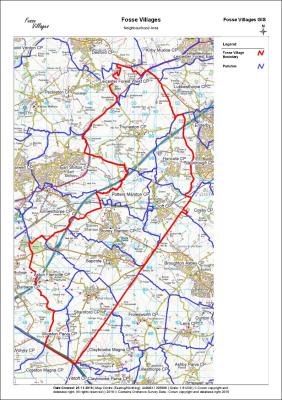 The Fosse Villages Neighbourhood Plan area comprises the following 10 Parishes which are situated in the south-west part of Blaby District, Leicestershire:

The Fosse Villages area amounts to 5,311 hectares, representing 41% of the District of Blaby. In administrative terms, the area shares a common boundary with parts of both Hinckley & Bosworth Borough Council and Harborough District Council in Leicestershire and with Rugby Borough Council in Warwickshire along a short length of its south-western boundary.

The Fosse Villages include lively, highly active communities which share common concerns which provide a cohesive basis for neighbourhood planning. The ten settlements within the area each have their own character, although they are generally small to medium scale communities, ranging from hamlets such as Potters Marston (population 30) to Stoney Stanton (population 3,460). The total population of the area amounts to an estimated 11,663, giving an overall population density of 2.2 persons per hectare. It is, therefore, predominantly a rural area.

The Fosse Villages were designated as a Neighbourhood Area on 13 January 2016.

The plan period covers the period to 2029.

The Plan has been prepared by the parish councils and meetings through the Fosse Villages Neighbourhood Plan Joint Working Board. Sapcote Parish Council is the qualifying body.

Each parish is represented on the Joint Board, and the Board Chairman is Robin Wilson.

During the process of preparing the Neighbourhood Plan, several Local Green Spaces were deleted by the independent Examiner primarily due to a lack of supporting evidence. The evidence has now been reviewed and Local Green Spaces have been restored and added in the parishes of Huncote (extending into Croft), Stoney Stanton and Sharnford.

An update to the Fosse Villages Neighbourhood Plan incorporates these new Local Green Spaces at Policy FV5 and the related policy maps. Other than consequential revisions, there are no further modifications to the Neighbourhood Plan.

In accordance with Planning Policy Guidance, the Qualifying Body needs to take a view on the changes and whether they are so substantial as to change the nature of the Fosse Villages Neighbourhood Plan. We believe that the modifications do not change the nature of the Plan because the objectives and broad strategy of the Plan are unaltered. If the Planning Authority and Independent Examiner agree, a referendum is not required.

A six-week pre-submission consultation period on the proposed Neighbourhood Plan amendments will run from Tuesday 1 February to Tuesday 15 March 2022.

A copy of the Pre-Submission Draft of the Updated Neighbourhood Development Plan is available to download below, along with supporting documentation. The Draft Updated Plan will also be available for inspection at the Huncote, Sapcote and Stoney Stanton Community Libraries.

Representations on the contents of the draft Updated Neighbourhood Plan must be submitted no later than 17:00hrs on Tuesday 15 March 2022.

If you would like to comment on any aspect of the Draft Updated Plan, please write to us or complete and return a copy of the Pre-Submission Representation Form. The form can be downloaded below. Comments may be made:

Please note that submitted comments will be used in the plan process for the lifetime of the Neighbourhood Plan. Responses cannot be treated as confidential as they are likely to be available for public inspection.