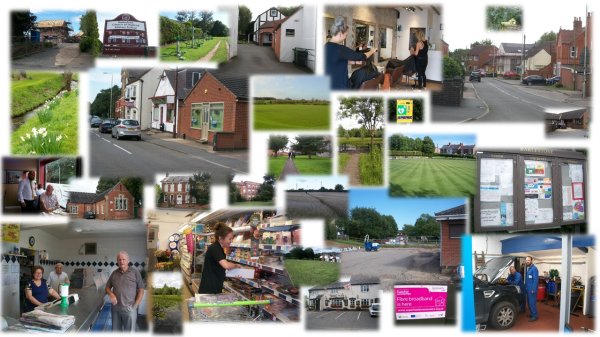 A taste of Barlestone...

THE LATEST VERSION OF THE FULL DOCUMENT AND ITS ASSOCIATED APPENDICES CAN BE FOUND ON THIS WEBSITE UNDER THE "DRAFT NEIGHBOURHOOD DEVELOPMENT PLAN" TAB.

The Referendum will take place locally on 23rd June 2022; parishioners will receive 56 days' notice of the Referendum and this will take the same form as a local election, organised by H&BBC. If more than 50% of those who vote say "yes" then the NDP and its policies will become part of planning law.

To get to this stage there was an enormous amount of data gathering, community consultation and lots of further analysis of the local area. There have been many versions of the plan, taking on board feedback from residents, stakeholders and the Independent Examiner, as it progressed from initial draft to the final version.

Once approved, the Parish Council will have a duty to monitor and review the NDP to ensure that it keeps up to date and also to pursue the Community Actions contained within it (which cannot be part of planning law but nevertheless were things identified by the parishioners as what they wished to be delivered). There is no reason to delay thinking about these Community Actions until the NDP is approved by the referendum though...

The aim is to produce a Neighbourhood Development Plan which identifies the most appropriate places for new homes and other developments to be situated - and what sort of developments these should be, based on community input. But it isn't just about development, it will also identify which green spaces and other areas are important to the people in the Parish of Barlestone and identify what improvements or additions to local facilities and services will be required in the future.