Back to School and Back to Libraries!

Apply for a free Call-Blocker

Back to School and Back to Libraries!

Funding awarded to enable an alternative education provider in Coalville to prepare and deliver meals to local residents during the pandemic. 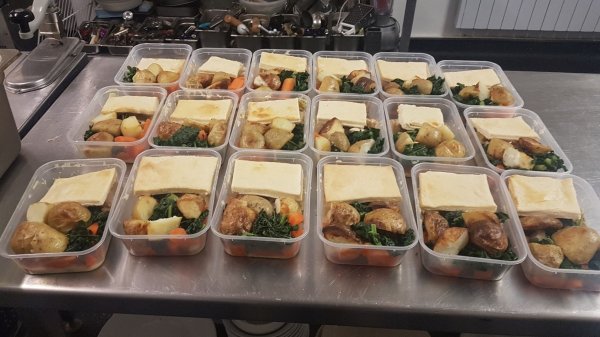 Coalville Education Partnership (CEP) is an alternative education provider, which supports students who are excluded from mainstream education. One of the activities undertaken by the organisation is to offer training around cooking and meal preparation for young people. The impact of the Covid-19 pandemic has meant that CEP have been unable to offer their usual activities to young learners. The organisation has however, responded quickly by utilising their on-site kitchen facilities to prepare food and deliver this to people living in Coalville and surrounding area.

Jason Knibbs from CEP said, "Putting our catering kitchen to good use and cooking for those in need is a 'no brainer'. Before COVID-19 we used to cook for older and vulnerable people once a week. However, that had to stop. We've got a catering kitchen with equipment and a contract with the charity FareShare, so I decided to make a difference and provide meals for communities in North West Leicestershire."

Jason and his small team of cooks and support staff receive a variety of food and do not know what they will get until its delivered. From there they create meals such as Spanish chicken, roast dinners and cottage pies.

While CEP creates hundreds of meals a week, a team of 60 volunteers from the Hugglescote, Donington Le Heath and Coalville Community Response Hub deliver the meals twice a week.

Founder of the community organisation, Jade Edwards, said that she only started out cooking meals for her mother. The mum-of-four, from Coalville, said: "I'm a carer for my mum, so when the government restrictions came in I took meals round for her and her neighbours asked for help with meals and shopping. I put what I was doing on social media and asked for people to adopt a street to help vulnerable people and within two weeks I had more than 40 volunteers. I love delivering meals in the community and seeing the smiles on people's faces. What we are doing is making a huge difference and I've had people say that they wouldn't be here if it wasn't for the service we are providing. It wouldn't be possible without our volunteers."